skip to main | skip to sidebar

An effective, homemade wasp/fly trap, for about 20 cents!

I hate yellowjacket wasps! I live in a manufactured home community, and it seems that every subsequent year I've been here, they've become more and more of a nuisance. Today, I'm going to show you a way to trap them, that is SO simple, and economical, you won't know why you didn't think of it! 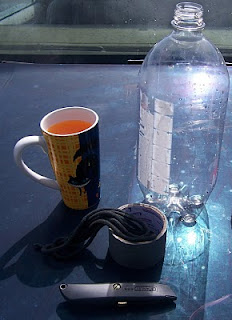 You'll need an empty 2 or 3 litre soda bottle, some duct tape, a razor knife, 1 or 1 1/2 cups of brightly-coloured sweet liquid (such as over-sweetened orange Kool Aid, which I'm using here), and a bit of cord or twine. 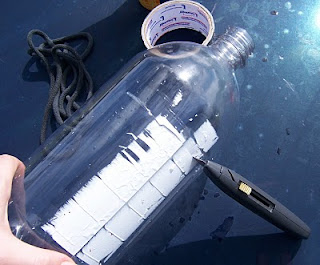 I've used a 3 litre pop bottle, in this demonstration. The label has been peeled off, but there is a bit of it remaining. This will be my guide to show where to cut. Using the razor knife, carefully cut into the bottle, about 1/3 of the way down (roughly an inch and a half below the top of the label). Cut it as evenly as you can, all around the circumference. 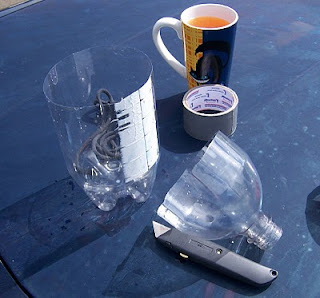 This is how it should look, when it's done. 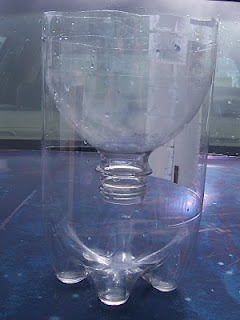 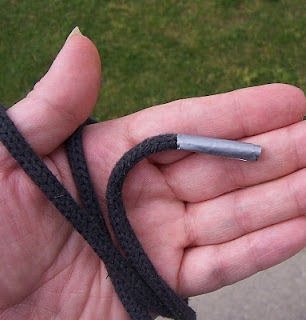 Now, take the cord, and wrap the ends in a bit of tape, to strengthen the bond between the cord and the duct tape when you fasten them on. 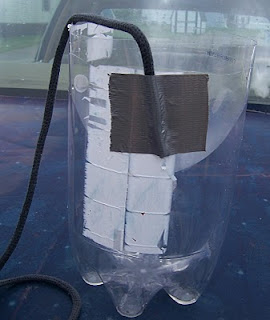 Tape the ends of the cord directly across from one another, on opposite sides of the bottle. Be sure to keep it below the edge of the bottom half, so you'll be able to remove the top half, and dump out the dead bugs. 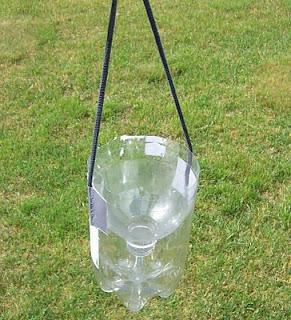 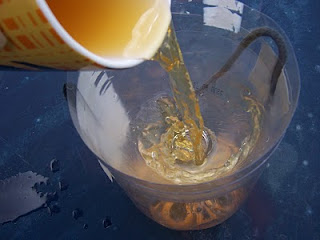 Pour your sugary liquid into the wasp trap. 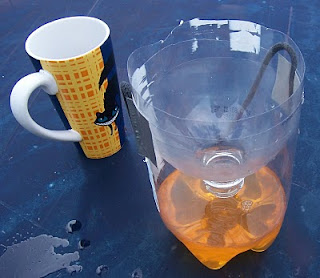 There should be about 3/4 of an inch, between the bottle rim and the liquid. This will make it too confusing for the bugs to get out. 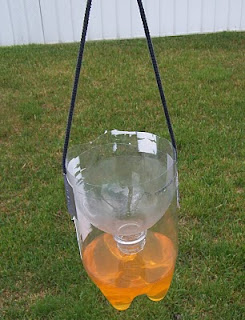 Here you have it, the finished product! Hang it wherever you see a wasp nest close by. I managed to decimate an entire small colony of wasps within five days, last year, with a trap just like this one.

I'm not sure what I'll be posting about, next time. It'll come to me soon, so have no fear! Keep reading!
Posted by Jynxxxie at 2:32 PM

Jynxxxie
Dogpatch, Southwest Wales, United Kingdom
I am a polymath of sorts, and I make things out of other things.